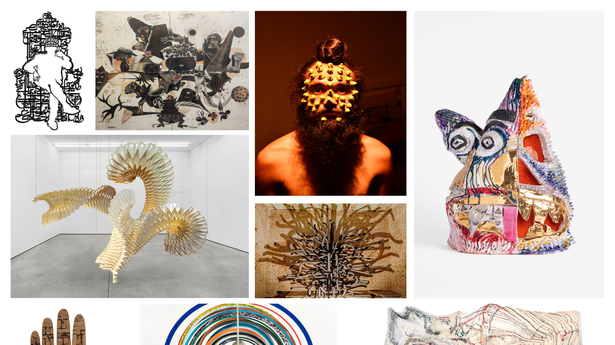 The first major on-ground art event of 2022 will focus on Indian and South Asian art, with an emphasis on up and coming artists, NFTs, and affordable price tags. But the heat could play spoilsport

The first major on-ground art event of 2022 will focus on Indian and South Asian art, with an emphasis on up and coming artists, NFTs, and affordable price tags. But the heat could play spoilsport

It’s hot in Delhi, and only getting hotter. But the organisers of the India Art Fair (IAF) are not daunted. The annual event may have missed its wintery curtain call this January because of rising Omicron numbers (the raging pandemic had scrapped last year’s outing), but under the leadership of its new director, Jaya Asokan, the 13th edition is finally ready.

With 77 exhibitors from across 13 cities and 63 galleries, “the entire exhibition space will be air-conditioned and outdoor areas sufficiently shaded,” says Asokan, adding that the “response from our regular collectors has been great and there’s huge excitement among the community.” It has been 25 months after all, since people attended something of such scale.

* In Memoriam – Art of Silence: Works from late artist and Padma Vibhushan awardee Satish Gujral’s Burntwood Series will be exhibited for the first time since his passing in March 2020. The inspiration for this sculptural exploration came during the festival of Lohri when he noticed the changing textures of the orange cinders.

* Apparao Galleries’ curation: The Chennai-based gallery will be showcasing British sculptor Stephen Cox’s artworks, which he creates in his studio in South India, along with an interesting collection of mixed media works on the Panditwari region in Kashmir. “Panditwari is a locality in Srinagar where most of the Kashmiri Pandits lived until they were driven out during the exodus in the early 1990s. In 2006, when the wounds were still raw, George K. went there armed with a camera to capture the beauty and drama of a forgotten time,” says Apparao. “We decided to exhibit these photographs again now, 15 years later, hoping the world will understand and make the connection between political ambitions, ambitious brutality, and humanism.”

“It is a larger need in the cultural sector to come back to life as usual. In this edition, a lot of galleries are pinning their hopes on IAF,” says art critic, curator and poet Ranjit Hoskote. “There are two aspects to the fair. One is the trade side, where people are looking to connect with collectors, network, and do business. And then there is a statement of morale, and that aspect, according to me, is even more crucial. The IAF is about artists and art lovers coming together in a real way; it’s a reinstatement of friendship and a celebration of the inner life of the art world. Despite the timing, I have a sense that people will make the effort to come.”

Installations, and a bit of shade

It’s the little and big things that make IAF what it is — like its massive tent façade. The biggest canvas at the fair, spanning 1,500 square metres, it is designed by 24-year-old Anshuka Mahapatra, who won the open call for artists led in collaboration with The Gujral Foundation and Artdemic, a platform for up-and-coming creators from South Asia. Mahapatra has used phrases from seven Indian languages that speak of the beauty of the everyday and blown them up.

“My design aims to preserve the quality of a post-pandemic life. The creative process involved engaging with people from different places and understanding the essence of Indian contemporary poetry. The poems helped me to incorporate multi-lingual words in the design, and it translated into a space where everyone belongs,” says Mahapatra, who is pursuing her masters in printmaking at the Sarojini Naidu School of Arts at the University of Hyderabad.

At the entrance of NSIC Grounds, a large 50-foot mural titled The Future is Femme, by Bengaluru-based Aravani Art Project, a trans-artist collective, greets visitors. The vibrant artwork echoes the spirit of their initiative — a binary free world. There is also a large, intricate sculpture made of scrap metal pipes by artist Narayan Sinha (supported by Arts Ananda Trust), which reflects on the challenges of the pandemic and a hopeful future.

At its heart, however, IAF is a trade fair. After two years of thriving online art sales — a VS Gaitonde sold for ₹39.98 crore at Saffronart’s summer auction last year, becoming the most expensive Indian artwork sold globally, while at Sotheby’s Modern and Contemporary South Asian Art auction, a rediscovered Bhupen Kakkar painting was picked up for close to ₹12 crore — collectors must be keen to see art in person. Or, are they? “I am optimistic, but I am also worried. I’m not sure how many people will come,” says Sharan Apparao, of Chennai-based Apparao Galleries, which is showing at IAF. “Those who come also need to be in a good mood [to buy]. The selection of April is a terrible one, but we have to go with it,” adds the gallerist, who plans to head in early and leave late so she misses the scorching hours of the day.

Running alongside the main fest, this event will see an assortment of galleries celebrate the legacy of India’s most revered artists. The Kiran Nadar Museum of Art, for instance, will host two centenary exhibitions: Birth of a White Rose honouring Somnath Hore, and Sayed Haider Raza Centenary Exhibition in collaboration with Raza Foundation at Bikaner House. Vadhera Art Gallery will showcase two solo shows, of NS Harsha and Manjit Bawa, as part of the Defence Colony Gallery Night. There will also be exhibits at Nature Morte (displaying Seher Shah’s works) and indigenous art at the India Habitat Centre.

The Young Collectors’ Programme is a much-anticipated event, with over 50 new artists working across mediums. It not only helps young collectors buy their first pieces of art (priced between ₹40,000 and ₹4 lakh), but also encourages early career artists.

Adding to the diverse line-up are seven galleries from four cities that will be exhibiting at IAF for the first time this year. Among them is New Delhi-based Terrain.art, which stands out with their NFT art. The fair will explore the crypto art space for the first time, with exhibitions and talks hosted at The Studio, a new space where the emphasis will be on experimentation. One of the highlights: techart platform Be Fantastic’s massive wall installation with interactive AR elements.

Mixed media artists Jiten Thukral and Sumir Tagra will launch a set of interactive books and game editions there, under their ‘and Archive’ initiative, which aims to disseminate value-based knowledge. The book, Weeping Farm, touches upon agrarian crisis in the country — highlighting why “farming in India must evolve with the understanding of farmers first, and the government must find ways to modernise the practices and take into consideration climate change, while working alongside and within the communities”, says Thukral. Their game edition, 2030 Net Zero, will be hosted at The Studio. “Gaming as a medium of making art is scalable and allows participation and encourages knowledge sharing,” says Tagra. “Game design for social change is an approach that can amplify the urgency of the subject matter in ways that are unique and has value.”

The independent writer is Delhi-based. 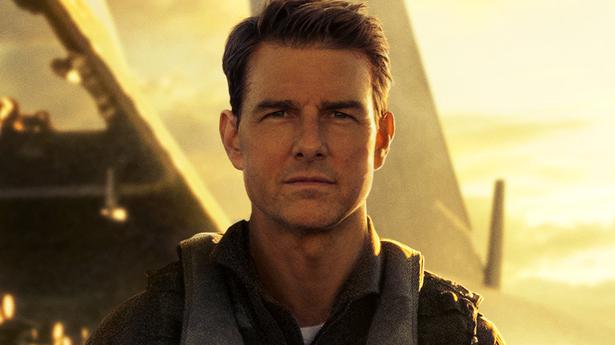 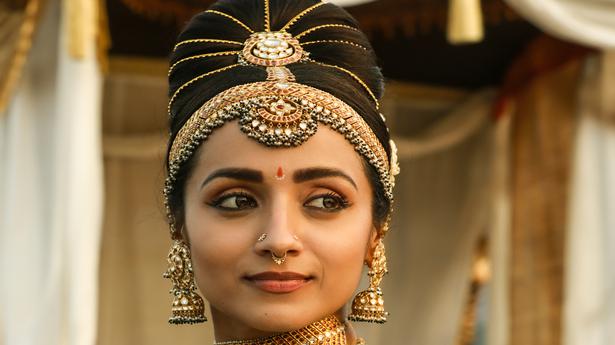 20 years of Trisha: How life comes full circle with Kundavai and ‘Ponniyin Selvan’