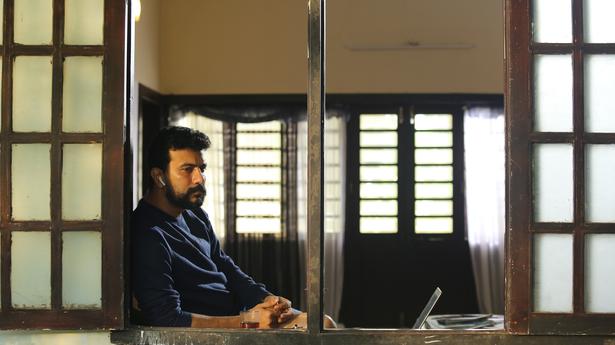 The stand-up comic, actor and director is playing the lead in No Way Out, releasing in theatres on April 22

The stand-up comic, actor and director is playing the lead in No Way Out, releasing in theatres on April 22

Ramesh Pisharody has been entertaining Malayalis for the last two decades as a mimicry artiste, stand-up comedian and actor. He has directed two films — Jayaram-Kunchacko Boban-starrer  Panchavarnathatha and Mammootty-starrer  Ganagandharvan. He also runs a production house, Ramesh Pisharody Entertainments, that produces television and digital content.

His first film as a protagonist, Kappal Muthalali, was released in 2009. Many small roles later, his second film as a hero, No Way Out, reaches theatres on April 22. “I did get offers after Kappal Muthalali. But I didn’t have the conviction to take up any of those roles. I felt that it would do no good for the director or producer. Also, I had other things on my plate. But in the case of  No Way Out, I felt that I could pull it off and that it would benefit my career as well,” says Ramesh.

The film, a “survival thriller” directed by debutant Nithin Devidas, discusses suicide through Ramesh’s character, David, an NRI who invests in a business after he returns home. “But his calculations go wrong when the pandemic breaks out and the nation goes into a lockdown. In the face of a financial crisis, he contemplates taking his life. However, a series of incidents changes the situation,” he explains.

Ramesh Pisharody with director Nithin Devidas (left) on the location of ‘No Way Out’
| Photo Credit: Sreeni Manjeri

The theme would have worked even if the lockdown had not happened. “Our calculations can go wrong often, especially when it comes to money management. It’s just that in David’s case, it was the lockdown that landed him in a soup.”

Ramesh stresses that the role was physically and emotionally exhausting for him as an actor. “I could handle the physical strain. But the overall mood on the set was not a happy one because of the theme of the movie. There was a crucial scene which I had to shoot for 18 days. That left me drained,” he says.

There were no acting lessons or workshop prior to the shoot. “We took a doctor’s opinion to understand the mindscape of the character. But there were no reference point to get the emotions right because you never know what people go through when they feel there is no hope. I did what the situation and script demanded,” he explains.

The film was shot over 25 days and much of the action happens in that room where David is executing his plan.

Ramesh points out that though the actor in him was excited to play the role, it was not a pre-planned move. “It was not as if I have been waiting to do something like this; it never works like that in cinema. It takes time for things to fall in place. I am happy that people have appreciated the trailer. But then no one would release a bad trailer, right? So, let people watch it in theatres and then pass a judgment,” he points out.

So does he hope to get more such meaty roles in future? “I don’t nurture any such hopes! Let things happen on their own,” he replies.

But he does “make conscious efforts to do something new as an artiste”, be it on stage or television. “If I can’t do that, I don’t take up that show, even if that means losing a good remuneration. That has happened when I had to perform at two film award shows on consecutive days and I couldn’t come up with novel content,” he says.

Meanwhile, his production house has an interesting range of content. Bale Bhesh, a celebrity chat show, and Petflix, a show on pets are on Youtube. Funs Upon A Time, a stand-up comedy show, is on Amrita TV. “I consider it an avenue to interact with new people. The YouTube page is not meant to generate an income. As for stand-up, I want to take it to the next level through stage shows or events featuring these artistes,” he adds.

Ramesh Pisharody in a still from ‘No Way Out’ directed by Nithin Devidas
| Photo Credit: Special Arrangement

Ramesh is excited about the release of CBI 5: The Brain, the fifth film in the CBI franchise, which first released in 1988. “I play a CBI officer. Who would have thought I would act with a character [Mammootty’s iconic role of CBI officer Sethurama Iyer] I have loved from my childhood?”

Meanwhile, he plans to work on his third directorial venture from August. 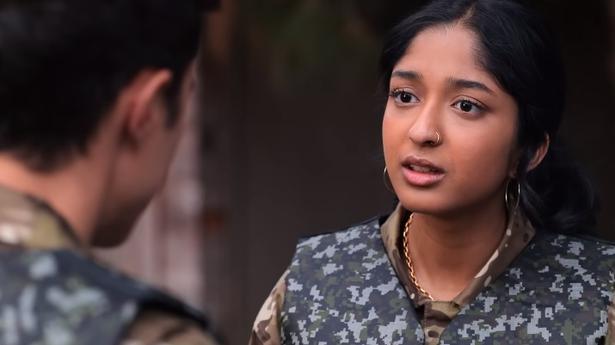 ‘Never Have I Ever’ season 3 review: Netflix’s teen comedy grows up in its best season yet