The Madras High Court on Tuesday directed the Home Secretary to consider, on merits, a plea to revoke the suspension of Superintendent of Police (SP) D. Kannan, facing a criminal case for having reportedly waylaid a woman SP when she was on her way to lodge a complaint of sexual harassment against Special Director General of Police Rajesh Das (also under suspension) in February 2021.

Justice D. Krishnakumar disposed of a writ petition filed by the suspended SP, challenging his suspension order, with a direction to the government to consider a representation made by him on August 2, 2021 to revoke his suspension. The judge made it clear that the government must take a call on the matter within six weeks and communicate its decision to the writ petitioner.

While dealing with another writ petition filed by the suspended special DGP challenging the Internal Complaints Committee (ICC) proceedings initiated against him on the basis of the complaint lodged by the victim officer, the judge adjourned that case to June 7 for further hearing. 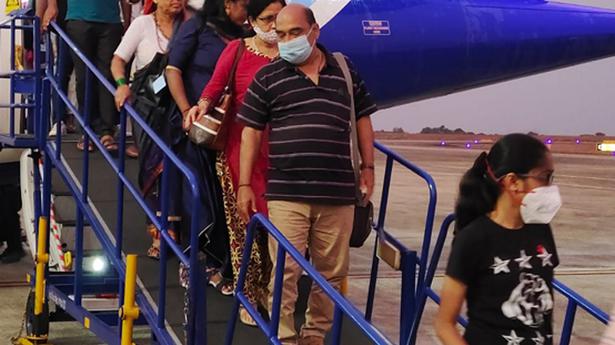 Mangaluru gets air connectivity with Hubballi