The Haryana model of affordable housing should be adopted by all States in India to provide housing for all, said Pradeep Aggarwal, chairman, Assocham National Council on Real Estate, Housing and Urban Development.

“The Haryana model of affordable housing is the best one in place simply because of the viability and the vastness of projects in the pipeline. Flats are actually delivered to people in need. And all States should adopt this model,” said Mr. Aggarwal, who is also the founder chairman of realty firm Signature Global.

“The real proof of the success is in terms of actual on-ground deliveries of affordable housing flats to customers, who fulfil the prescribed criteria,” he added.

Under the Haryana Urban Development Authority (HUDA) Affordable Housing Scheme, the price of a flat starts from ₹26 lakh, plus 1% GST, for a 2BHK unit. An amount of ₹2.67 lakh is provided as subsidy from the government under PMAY.  The entire allotment process is online and transparent, which instils confidence in home buyers, Mr. Aggarwal said.

“The number of affordable housing units to be created for people can easily rise up to 2.5 lakh flats due to favourable policies of the government and other triggers such as the Delhi-Mumbai corridor, development of Dwarka Expressway, elevated roads,” he said.

“Since November 2014, we at Signature Global, have a current portfolio of 28,786 units in a total of 30 projects, and have delivered over 8,598 units in residential and commercial in a total of nine projects located in Gurugram, Karnal and Vaishali,” he said.

“More importantly, we have delivered projects before time and even won award from the Chief Minister of Haryana,” he added.

He said the company was one of the key players in Haryana’s affordable housing business, which has contributed significantly to make the initiative a success.  It has leveraged economies of scale with the vendors to keep cost under control. “Our pre-sales have grown exponentially from ₹900 crore in FY20 to ₹1,750 crore in FY21 and we are expected to clock around ₹2,500 crore in FY22. We are committed to deliver completed projects within stipulated timeframe of 48 months from the date of environmental clearance,” he added.

Signature Global has a gross debt of around ₹700 crore and its pre-sales to debt ratio is one of the lowest in the industry, according to market experts.

The company has drawn investors such as IFC, HDFC, KKR, Kotak and ARCA among others..

“The success of each of our affordable housing projects indicates strong pent-up demand for quality homes from trusted brands who have a track record of offering great value for money,” Mr. Aggarwal added. 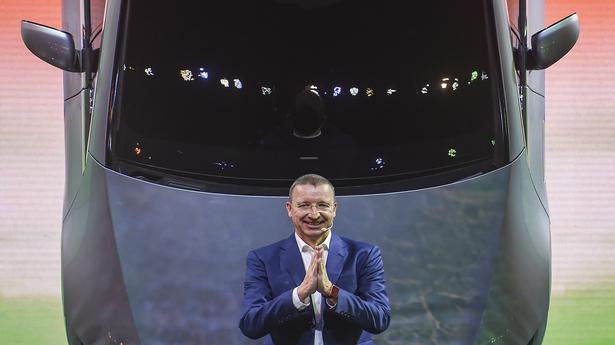