On his arrival, the Governor who was offered the traditional Poorna Kumbha‘ welcome at the entrance of the Mutt sought the blessings of the pontiff. The pontiff presented a statue of Lord Natarajar to the Governor.

Mr. Ravi inaugurated a museum on the premises. “The real India is here,” he said, adding that “India’s progress means not just economic development, but also the richness of culture and civilization.”

The Governor hailed the services rendered by the Mahaguru Sannidhanam in areas of education imbued with moral values, and response to crises like wars and earthquakes, besides preserving the ancient spiritual tradition through centuries of invasions, destruction and colonisations of the country by foreigners.

The country was experiencing a resurgence under the leadership of Prime Minister Narendra Modi. Cultural and spiritual resurgence fostered by the Gurumaha Sannidhanam was integral to the country’s destiny of becoming the world leader over the next 25 years, the Governor said.

In a grim scenario of global pandemic and wars, the only way to save the world was India’s spirituality of ‘Vasudhaiva Kutumbakkam’ (world is a family). Tamil Nadu was the land of cultural and spiritual values and the spiritual guru of Bharat and the whole world, Mr. Ravi added.

Over 1,800 police personnel were posted for security duty. 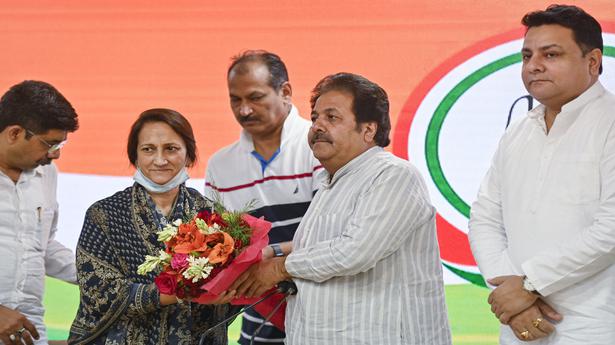