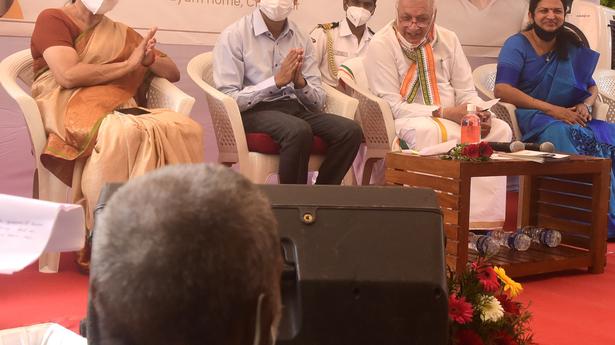 Governor Arif Mohammed Khan has said that after respecting and worshipping women for centuries, Indian society should now extend political leadership to them. “Our country will be much better if we have some strong willed women at the forefront of politics,” he said after interacting with the residents of Udayam Home at Chevayur in Kozhikode on Sunday.

Udayam Home is a venture of the Kozhikode district administration implemented with the help of the Kozhikode Corporation and voluntary organisations for the welfare of street dwellers in the city. The Governor was impressed by the functioning of the home. However, he was not surprised. He said: “I would have been surprised to see such a venture anywhere else in the country. But not in Kerala. Having spent the past two years here, I am well aware of the compassionate nature of Kerala society,” the Governor said, highlighting the need for compassion in everyday life to achieve total happiness. He said women were naturally compassionate, while men have to carefully nurture that feeling, quoting former President S. Radhakrishnan.

“Being well educated and yet being non-compassionate is a dangerous thing. A civilised society is one where the strong take responsibility while the weak live in dignity. By being compassionate, you are not doing anyone a favour but only enriching your own happiness,” Mr. Khan added.

A few residents of the Udayam Home, among them were Padmarajan, Uthaman, Ponnuchami and Sunny Joseph, shared their feelings with the Governor and thanked the staff of the Home as well as the district administration for the care they provided.

The Governor later assessed the facilities at the centre. He said that he would suggest other States to adopt Udayam as a model for rehabilitation of street dwellers.

Earlier, Project Coordinator of Udayam Raeesa Farsana and Special Officer G. Rakesh explained the working of Udayam Home to the Governor through a presentation.

The project that was launched in April, 2020, to shelter street dwellers during the first lockdown later developed into a charitable society for their welfare, under which they are provided not just shelter, but medical care, counselling, psychiatric care, skill development and job opportunities. So far, 1,458 people have been brought under the care of Udayam Home from the streets of Kozhikode. As many as 139 of them have already been reunited with their families while 229 got jobs. Some even got their Aadhaar card at the centre while some others voted for the first time here, after the authorities took the initiative to get them voter ID cards. 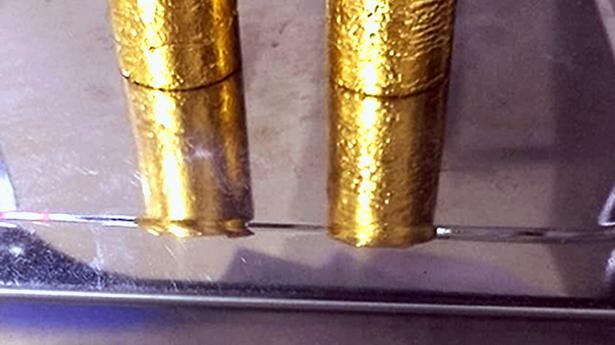