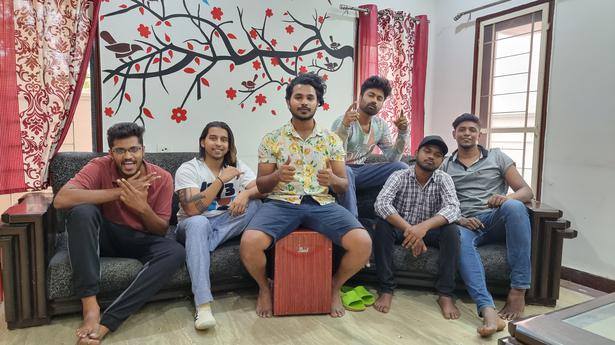 To give regional independent music greater visibility, , a group of independent musicians from Hyderabad are taking the initiative to provide a survival echo system by launching an app. The founders claim that the app, called Independent Music Platform (IMP), when launched later this year, will be India’s first social media streaming platform to foster a strong independent music community. The app will be available on Play store and Appstore.

Pramod Seshi Roy, a member of the Hyderabad-based Nawab Gang and one of the six founders of IMP, says the mission behind the app is to help musicians, especially regional music makers, to find their audience, learn a thing or two about streaming and basically help beginners with a platform to get noticed. The other founding members are Siddhartha Bhargav, Bharat Mupanna, Feroz Israel and Midde Abhisay and Chaitanya Sorakayala.

At present, IMP has a database of over 200 songs of various genres by over 53 regional independent musicians from Andhra Pradesh and Telangana. Pramod adds, “We don’t want newcomers who are doing underground/independent music to go through the struggle we went through. For artists, it is discouraging when their craft doesn’t get noticed, which might dissuade them from creating music.”

Apart from providing a platform for musicians, IMP also has features like IMP3, which enables streaming services, IMP4 for visual platforms, and IMPX, which will conduct event workshops, battle of beats etc. Through IMPX, the founders aim to identify talent.

To give musicians a further boost and be more than a music streaming platform, IMP app will also allow users to visit the artist’s profile. “This is to help their followers connect better with the musicians . We also plan to collaborate with DedDimaag a print-on-demand service that maintains a catalogue of the artistes’ merchandise.”

The app will also be collaborating with beat makers to let beat producers share their content. Pramod says, “To summarise, the app we are developing is like a combination of Instagram, Soundcloud and skill sharing.” Thinking of eating bugs to save the planet? Tribal communities in India have been doing it for centuries Meet one of the oldest watch repairmen in Coimbatore