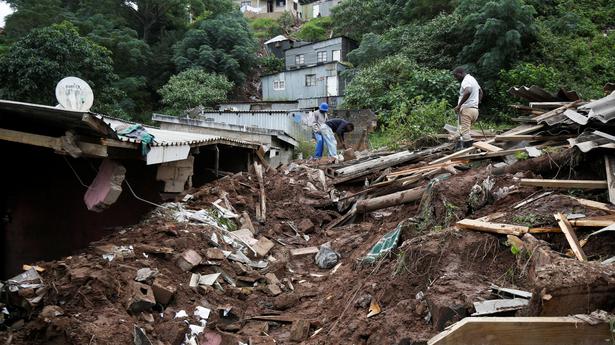 South African President Cyril Ramaphosa says flooding in the Durban area has taken at least 259 lives and is a “catastrophe of enormous proportions.”

South African President Cyril Ramaphosa says flooding in the Durban area has taken at least 259 lives and is a “catastrophe of enormous proportions.”

Flooding in South Africa’s Durban area has taken at least 259 lives and is a “catastrophe of enormous proportions,” President Cyril Mr. Ramaphosa said on April 13.

“This disaster is part of climate change. It is telling us that climate change is serious, it is here,” said Mr. Ramaphosa, visiting flooded areas of Durban and the surrounding eThekwini metropolitan area.

“We no longer can postpone what we need to do, and the measures we need to take to deal with climate change,” he said.

The death toll is expected to continue rising as search and rescue operations continue in KwaZulu-Natal Province, officials said. The Province is about to be declared a disaster area by the national Government, said Mr. Ramaphosa.

“KwaZulu-Natal is going to be declared a provincial area of disaster, so that we are able to do things quickly. The bridges have collapsed, the roads have collapsed, people have died and people are injured,” said Mr. Ramaphosa.

He said one family had lost 10 members in the devastating floods.

Residents have had to flee their homes as they were swept away, buildings collapsed and road infrastructure severely damaged. Durban port was flooded and shipping containers were swept away into a jumbled heap.

Authorities were also seeking to restore electricity to large parts of the province after heavy flooding at various power stations.

Rescue efforts by the South African National Defence Force were delayed as the military’s air wing was also affected by the floods, Gen. Rudzani Maphwanya said. The military was able to deploy personnel and helicopters around the province on Wednesday, he said.

The South Africa Weather Services has warned of continued winds and rains and the risk of continued flooding in Kwazulu-Natal and other provinces over the upcoming Easter weekend. South Africa’s Eastern Cape, Free State and North West Provinces could be affected, it said. 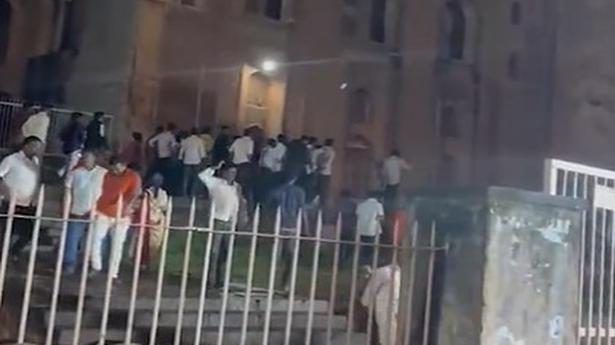 Nine booked for performing pooja at madrasa in Karnataka’s Bidar