The Kerala State Road Transport Corporation (KSRTC) has honored five staff who have done exemplary work bettering the reputation of the Corporation at a function held in Thiruvananthapuram.

Thomas K.T., driver of Erumeli depot, who was instrumental in rescuing a three-member Gujarati family trapped in a landslide at Pullupara on October 16, 2021, conductor Jayson Joseph, who moved eight buses to a safer location when the Ranni unit was flooded even as his house was also flooded on August 15, 2018, Mahesh P.G., a mechanic at the Ranni unit, who worked with the fire force to save six lives, Aneesh T.P., a driver of the Ernakulam unit who printed and distributed notices in Tamil and English at his own expense to increase the number of passengers after COVID, and Ponnus K. C. the driver of the Erumely unit who tried to rescue the youth who were involved in a road accident on April 21, 2021 during the Erumeli-Palakkad service, were honoured at the function.

Tourism Minister P.A. Mohammad Riyas presented the awards and certificates to them on behalf of the KSRTC. Former Minister Antony Raju and KSRTC CMD Biju Prabhakar were also present. 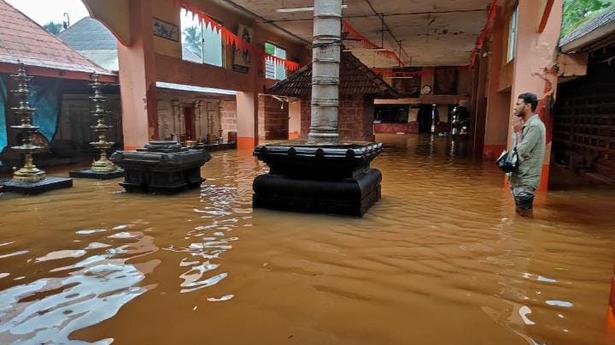