Though summer showers have come as a relief for many from the sweltering heat, farmers, especially paddy farmers, are a worried lot as rain clouds roll in the afternoons accompanied by lightning and thunder.

Rain over the past couple of weeks has brought paddy farmers to their knees with standing crops in over 7,500 ha suffering damage.

Bijoy V.G., a farmer under the Karalam Krishi Bhavan in Thrissur, says owing to the unseasonal monsoon rain in 2021, the paddy season started late by the end of December.

“I have cultivated paddy in around 13 acres, of which only one acre is mine and the rest on lease. The heavy rain, when the paddy is nearing harvest, has dashed the hopes of farmers here. It will be a heavy loss for farmers if the rain spell continues,” he says.

“The impact of climate change is more visible now and the farm sector will be the first to bear the brunt in case of climate-related disasters,” P. Indira Devi, agriculture economist and former Director of Research, Kerala Agricultural University, says.

“The State government should set up a fund for the farm sector against this backdrop as timely assistance to farmers is important. A corporate entity or corporate people can forge ahead without minding an attachment notice issued by a bank, but a farmer cannot take it lightly due to the stigma attached to it. So a fund to compensate the loss of farmers in the event of climate-change-related issues is the need of the hour. The crop insurance is insufficient to cover their loss and often it will be provided much later,” she says. 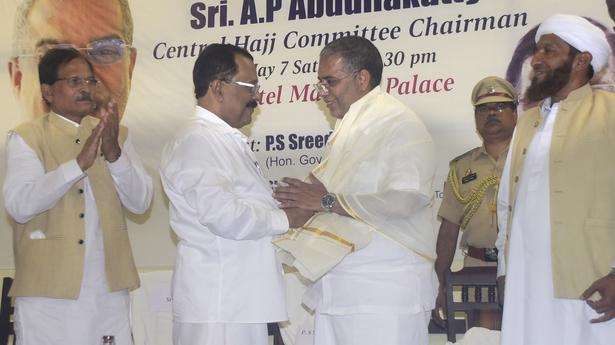 Untouchability is a crime in politics, says Goa Governor