Why are food, clothing and fuel prices higher in the hinterland? Will a good monsoon help ease the crisis?

Why are food, clothing and fuel prices higher in the hinterland? Will a good monsoon help ease the crisis?

The story so far: The retail inflation rate surged to 6.95% this March — its highest level in nearly one and a half years, capping off six successive months of accelerating prices for consumers. With incremental fuel price hikes only kicking in during the latter half of March, the full impact of higher global oil prices being passed on to consumers will only begin reflecting in April. Economists expect inflation to go past 7% and hover around that level till as far as September. However, across large parts of the country, the experienced price rise has already crossed 7.5% and even 8%. Official data pegs rural inflation in March at 7.66%, with several States reporting even higher inflation, including West Bengal (8.85%), Uttar Pradesh and Assam (8.19%) as well as Madhya Pradesh (7.89%).

How have urban and rural inflation trends differed over the past year?

What are the key drivers of higher inflation in the hinterland?

While food inflation was the key driver for the headline inflation rate jump in March, with the overall consumer food price index racing to 7.68% from 5.85% in February, the spike was far more pronounced in rural India where food inflation hit 8.04%. Food inflation in urban India was a full percentage point lower. Madan Sabnavis, chief economist at Bank of Baroda, reckoned that the higher inflation in food, which has a higher weight in the Consumer Price Index, along with inflation in fuel and light and clothing, were the key factors driving up rural prices. Consider the inflation rates for some items faced by rural consumers vis-à-vis their urban peers — oils and fats (20.75% v. 15.15%), clothing (9.9% v. 7.74%), footwear (12.2% v. 9.9%), fuel and light (8.3% v. 6.3%), personal care and effects (9.3% v. 7.7%) and last but not the least, a persistently higher inflation in education costs of about 1 to 1.5 percentage points.

“The pent-up demand appears to be higher in rural India, so clothing is seeing higher inflation as demand picks up. Moreover, fuel prices are higher in rural areas due to connectivity issues, while prices of traditional fuel like firewood have also risen in tandem,” Mr. Sabnavis explained.

Rating agency ICRA’s chief economist Aditi Nayar said part of this trend could also be explained by the shift of labour between urban and rural areas in the last two years, which has also injected volatility into demand dynamics.

Editorial | Alarm bells: On the need to tame inflation

“Interestingly, while vegetable prices declined in the urban areas between February and March 2022, they inched up sharply in rural India month-on-month, even though in absolute terms, their vegetables inflation rate remained lower at 10.57% than urban areas which recorded 13.37% inflation,” she added. Indeed, the vegetable price trends have been most intriguing — rural inflation was 1.4% in January, 3.7% in February and a whopping 10.6% in March.

Which sections are affected the most, and what next?

While high inflation affects the poor the most in general, the fact that price rise in food, the largest component of their consumption basket, is driving the current surge, is particularly burdensome, noted Crisil chief economist Dharmakriti Joshi.

Using data from official surveys, Mr. Joshi’s team has estimated that the bottom 20% of the population in urban as well as rural India is facing the worst effects. The rural bottom 20% faced the highest inflation at 7.7% in March, while the upper 20% of the income segment in the hinterland experienced 7.6% inflation.

While food price risks have risen due to the Russia-Ukraine conflict, higher prices for farm sector inputs could further feed into food inflation, SBI group chief economic adviser Soumyakanti Ghosh said in a report this Wednesday. “The cost of production is likely to increase by around 8-10%… the Minimum Support Price should at least be higher by around 12%-15%,” he pointed out. With a normal monsoon anticipated this year, the inflation trajectory in months to come would determine if rural consumer demand rebounds or is constricted to focus on essential goods and services. 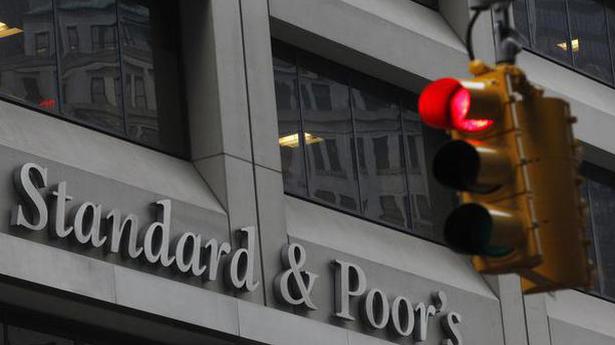