The crypto dilemma stems from concerns about the unregulated currency having a destabilising effect on the country.
| Photo Credit: Getty Images/iStockphoto

The story so far:

The Investor Education and Protection Fund (IEPF) will launch an outreach programme soon to create awareness of cryptocurrencies and online gaming. The need for the outreach is based on the observation that both crypto-assets and online gaming (that extends to gambling and betting) are still being promoted in a risky manner despite the recent turmoil in the sector.

What is the Investor Education and Protection Fund (IEPF)?

The Investor Education and Protection Fund (IEPF) is managed by the IEPF Authority, which was set up in 2016 under the provisions of Section 125 of the Companies Act, 2013. The Authority is entrusted with the responsibility of administration of the IEPF, which, besides promoting awareness among investors, makes refunds of shares, unclaimed dividends, matured deposits and debentures and so on to rightful claimants.

As for investment education, the idea is to reach out to household investors, housewives and professionals alike in rural and urban areas and teach them the basics. Focus areas include primary and secondary capital markets, various saving instruments, the instruments for investment (such as mutual funds, equity, among others), making investors aware of dubious Ponzi and chit fund schemes and existing grievance redressal mechanisms, among other things. Until the end of October, it had conducted more than 65,000 awareness programmes covering 30 lakh citizens.

Why is there a concern about cryptocurrency?

The crypto dilemma stems from concerns about the unregulated currency having a destabilising effect on the monetary and fiscal stability of a country.

Further, crypto exchanges in India are being investigated for their alleged involvement in unlawful practices such as drug trafficking, money laundering, violating foreign exchange legislation and evasion of GST. As on December 14, proceeds of crime amounting to ₹907.48 crore have been attached/seized, three persons have been arrested and four prosecution complaints have been filed before the Special Court, Prevention of Money Laundering Act (PMLA).

The Reserve Bank of India (RBI) has recommended framing legislation on the sector. It is of the view that cryptocurrencies should be prohibited. In a written reply to the Lok Sabha recently, Minister of State for Finance Pankaj Chaudhary stated that crypto assets are by definition borderless and therefore, any legislation (for regulation or for banning) would require international collaboration to prevent regulatory arbitrage. The collaboration must entail an evaluation of risks and benefits and evolution of common taxonomy and standards.

Will an outreach programme help?

Vipul Kharbanda, non-resident fellow at the Centre for Internet and Society (CIS), whilst supporting the move, points to two concerns: first, apart from the outreach programme, there has to be a regulatory mechanism for the crypto sector. Second, he says the messaging has to be right. “If the government takes a heavy-handed approach and starts saying things like virtual currency is not legal in India, that will not be entirely true. People may presume incorrectly that it is illegal,” he states, adding, “One may be indulging in unlawful transactions like money laundering using crypto assets. But unlawful transactions can also be executed using legal banking channels as well.”

Rajagopal Menon, vice-president at the crypto-exchange WazirX, also welcomed the move. “Cryptocurrency investing can be a complex and risky endeavour as the category is extremely volatile and works round the clock. It is important for potential investors to thoroughly educate themselves before making any decision,” he said.

As for the allegations, Mr. Menon told The Hindu, “The immutable, public nature of the blockchain makes crypto a poor choice for money laundering because it allows law enforcement to uncover and trace money laundering far easier than cash transactions.”

What about online gaming?

The Ministry of Electronics and Information Technology (MeitY) has been appointed the nodal industry for online gaming in India; for e-sports, the nodal agency is the Department of Sports, under the Ministry of Youth Affairs and Sports. A proposed framework for Central regulation by MeitY is expected to address issues faced by the sector.

For instance, there is confusion about the definitions of a ‘game of chance’ like fantasy games, and a ‘game of skill’, a term which has been used in the Public Gaming Act (1867) but has not been spelt out. There are risks from cybercrimes as well.

Khushbu Jain, a Supreme Court advocate and founding partner of law firm Ark Legal, told The Hindu that in a ‘game of skill’, while the element of chance cannot be entirely ruled out, it is the ‘element of skill’ (mental or physical skill of the user) that plays a dominant role in determining the outcome of the game rather than pure chance. She pointed out that “a glance at the rulings of the Supreme Court and several High Courts clearly establish ‘Games of Skill’ as legitimate business activities protected under Article 19(1)(g) of the Indian Constitution. These rulings have also emphasised a clear distinction between ‘Games of Skill’ and ‘Games of Chance’. Despite these court rulings, online skill games have faced restrictions in a few States due to addiction, financial losses and the thin line between skill and chance.”

From an industry standpoint, Roland Landers, CEO at the industry body, All India Gaming Federation (AIGF), welcomed the move. “The online gaming industry has become increasingly concerned with the menace of offshore illegal gambling websites that provide their services and rampantly advertise to innocent Indian users, often masquerading as legitimate gaming platforms.” He said that it has become increasingly difficult to differentiate between good and bad operators. 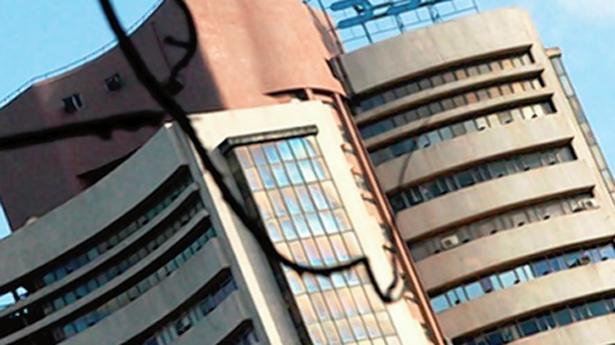