The Enforcement Directorate has arrested a Kerala leader of the Popular Front of India (PFI), M.K. Ashraf, following several rounds of questioning in connection with a money laundering case.

On Wednesday, the PFI issued a statement quoting its chairman, O.M.A. Salam, who condemned the arrest. He described the ED action as part of the “ongoing witch-hunt against the organisation”. Ashraf was arrested on Tuesday and taken to Lucknow. The agency has got his custody till April 19.

The organisation alleged that the agency had registered a false case against it about four years ago under the Prevention of Money Laundering Act (PMLA); and that its leaders from the national and State levels had been cooperating in the probe.

The ED had searched Ashraf’s residence in January. Subsequently, he was summoned multiple times to the agency’s Delhi office. The PFI said in March, he was questioned four times and then summoned again on April 5.

“His request for adjournment pointing to the inconvenience due to Ramzan fasting was rejected. All these show that rather than a fair investigation, the agency has sinister motives behind the case,” it said.

Earlier, the ED filed a chargesheet against five office bearers and members of the PFI and its student wing, Campus Front of India (CFI), in February 2021.

“Atikur Rahman, national treasurer of the CFI; Masud Ahmed, Delhi general secretary of CFI; Sidhique Kappan, a journalist associated with the PFI; and Mohammed Alam, a CFI/PFI member, were arrested by the Uttar Pradesh Police in Mathura while they were on their way to Hathras to disturb communal harmony, incite violence and spread terror,” the agency had said in a statement.

It alleged that “the visit of these PFI/CFI members was under the instructions of K.A. Rauf Sherif, national general secretary of the CFI and a member of the PFI, and funds for the same were also provided” by him. Sherif was arrested by the ED on December 12, 2020, while he was allegedly attempting to flee abroad.

Accusing Sherif of having conspired with PFI members in the Gulf countries to transfer the money collected abroad “in the guise of payments related to business transactions”, the ED had then said that the funds were used for various “unlawful” activities. 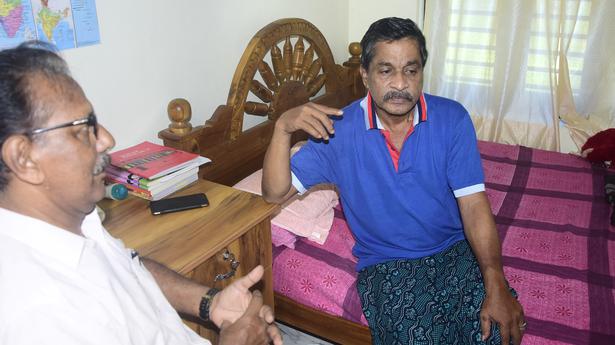 MCH attack: police intensify search for suspects on the run