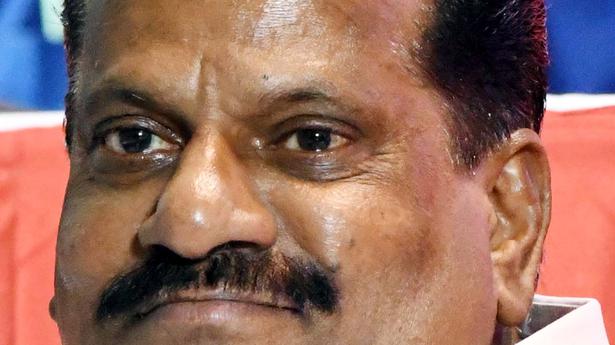 There was intense media speculation on Monday that the CPI(M) State secretariat had recommended E. P. Jayarajan as the next Left Democratic Front (LDF) convener.

A party person said the rumour had been doing the rounds ever since the 23rd party congress elevated incumbent LDF convener A. Vijayaraghavan to the Polit Bureau. The State secretariat had made some recommendations to the State committee, which would formalise the decisions on Tuesday.

However, Mr. Sasi had come under a cloud when serving as CPI(M)‘s district secretary in Kannur in 2011. The CPI(M) had expelled him on a charge of gender-related misconduct. In 2018, the court rejected the accuser’s complaint against Mr. Sasi, paving the way for his rehabilitation and re-entry into the CPI(M) in 2019.

Mr. Vijayaraghavan was likely to focus more on national-level politics. He had assumed charge as LDF convener in 2018 after Vaikom Viswam vacated the post on the grounds of poor health.

Mr. Vijayaraghavan had served as CPI(M) secretary from November 2020 after Kodiyeri Balakrishnan took a break from organisational responsibilities.

Monsoon turns vigorous after a lull