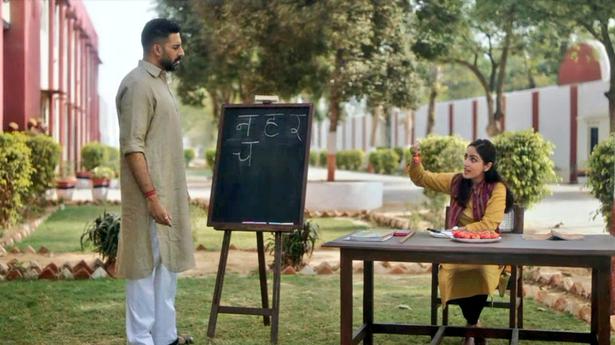 Abhishek Bachchan is earnest and eager to experiment as always, but has been tasked with bringing life to a cardboard crying for attention

Abhishek Bachchan is earnest and eager to experiment as always, but has been tasked with bringing life to a cardboard crying for attention

In the OTT universe, it seems a section of decision makers are taking the genres literally. If it is  dark, even the lighting should make the audience feel the genre. If it belongs to  feel-good, every heart should shine like gold. In the pursuit of labelling their ventures, they seem to forget earnestness helps only when the effort doesn’t show in the final product.

This week, we have been saddled with the feel-good variety populated by a plenty of cardboard characters with golden hearts. Mounted as a blend of political satire and social dramedy, it comes across as a self-conscious spoof laced with lame jokes and preachy dialogues on the importance of education.

Set around Ganga Ram Chaudhary (Abhishek Bachchan), a semi-literate Chief Minister of a fictitious State somewhere in the vicinity of Haryana and western Uttar Pradesh, the idea is promising. Full of contempt for the educated officials around him, Chaudhary’s rollicking life gets a jerk when he finds himself in jail after being convicted for a scam in the appointment of teachers.

Drawn from a real-life political story, it raises expectations. However, the troika of writers — Ritesh Shah, Suresh Nair and Sandeep Leyzell — settle for the predictable. Chaudhary anoints his seemingly silent, rustic wife Vimla (Nimrat Kaur) on the CM’s chair with the hope that she would vacate it for him, as soon as the law allows him to reclaim it. With a pliant jailer (Manu Rishi Chaddha) at his service, Chaudhary feels it is just a matter of time, but in comes an honest superintendent Jyoti Deswal (Yami Gautam Dhar) who makes Chaudhary follow the jail manual.

Looking for a way out from the physical task, he decides to appear for the High School examination but soon finds that he has bitten more than he could chew. Meanwhile, his simple wife develops a fondness for power and decides to cling on to it, come what may.

It is an interesting, almost ‘Hiranisque’ puzzle to solve, but the way debutant director Tushar Jalota goes about it makes the film feel like a long-drawn college skit that scores on intent, but fails on execution. The intrinsic logic doesn’t work as after the build-up, and Chaudhary doesn’t fit into the frame of a Hindi heartland politician coming across as a severely watered-down reflection of the complex reality. The equation with his wife reminds of the web series  Maharani which was much more layered and fun to watch .

Chaudhary’s transformation is also rather simplistic and his novel efforts to learn Mathematics, Social Science and English — the heart of the story — evoke only a passive response. In between, the writers tick the usual feel-good boxes of gender, caste discrimination and dyslexia but fail to sandwich the message in the layers of comedy. Playing safe, they even match the castes of Chaudhary and Deswal, and keep Nehru out of the history lessons.

Once again, Abhishek is earnest and eager to experiment, but has been tasked with bringing life to a cardboard crying for attention. He has worked on the lingo but hasn’t chewed it well enough to make the diction feel natural. The ever-reliable Chaddha shows how to do it. Abhishek also suffers because of the stagy atmosphere. Jalota employs the pace and techniques of Comedy Circus to paper over the cracks in writing, but it doesn’t work. Nimrat and Yami are competent performers who also suffer because of under-written parts.

In the second half, things do look up a bit and there are certain portions that might work for children.

A few more drafts, a little more attention to detail could have made the inspiring idea brim with life. As of now,  Dasvi requires a lot of grace marks to sail through.

Dasvi is currently streaming on Netflix Chatrasal Singh on animating ‘Strange World’: ‘The challenges are the joys’ 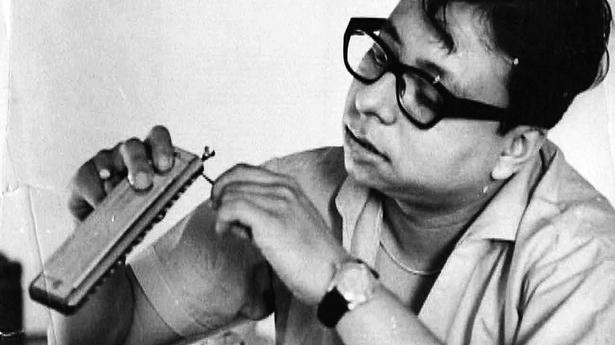 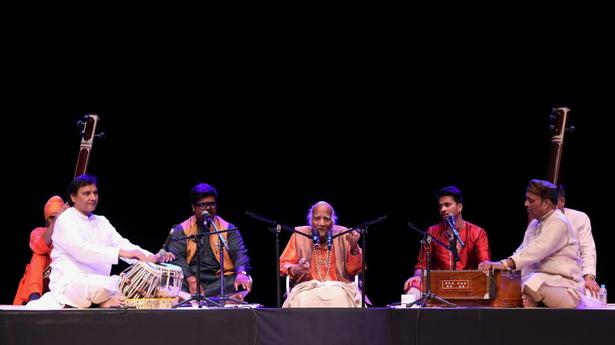 Pt. Mani Prasad brought alive the flavour of the past