CPI(M) Polit Bureau member A. Vijayaraghavan has blamed a combine of “the Congress, the United Democratic Front, the Bharatiya Janata Party (BJP) and Muslim extremist groups” for the anti-SilverLine protests across Kerala.

“The unholy nexus has been formed to impede the development of the State and disrupt peace through violent means,” he said at a meet-the-press programme organised by the Thiruvananthapuram Press Club on Thursday.

Refuting reports of police excesses on the agitators, Mr. Vijayaraghavan said the law enforcers have been working to restore law and order in the face of orchestrated protests. The government does not endorse the use of forceful measures on the public, he added.

The CPI(M) leader felt that the apprehensions raised by various quarters will subside as the campaign launched by the government to propagate awareness on the semi-high-speed railway corridor project gathers pace.

While he refused to be drawn into the debate triggered by LDF convener E.P. Jayarajan’s invite extended to the Muslim League, Mr. Vijayaraghavan said the CPI(M)’s political stance towards the UDF constituent remained unchanged.

Decrying the eviction drive undertaken in violence-hit Jahangirpuri in Delhi, he alleged that the bulldozing of several structures were aimed at victimising marginalised sections. Mr. Vijayaraghavan also lashed out at the Congress for allegedly remaining silent on the issue. 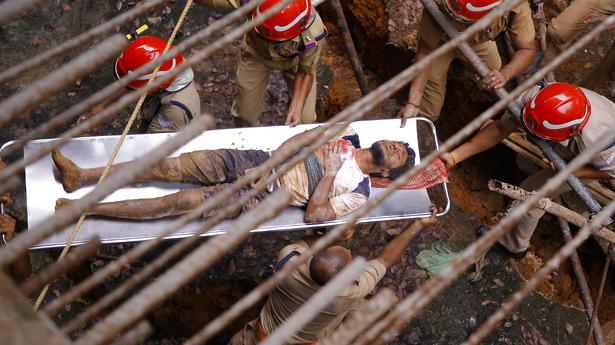