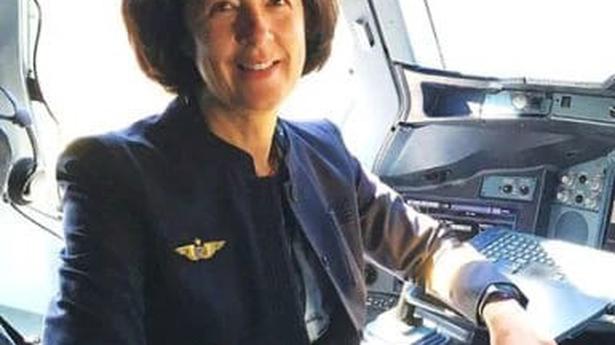 During a visit to Hyderabad, the president of the Association of Women Pilots Association in France shares her journey in aviation sector

During a visit to Hyderabad, the president of the Association of Women Pilots Association in France shares her journey in aviation sector

At 6 feet, Christine Debouzy stands tall. The president of the Association of Women Pilots Association in France was at Alliance Francaise of Hyderabad, interacting with students and enthusiasts.

This is Christine’s second visit to Hyderabad. During her first trip in February 2020, she had visited the city’s prominent landmarks, Charminar and Chowmahalla Palace. “I loved eating biryani at Meridian Cafe,” she smiles. Back then, Christine was in India to meet Dr Harpreet A. De Singh, the president of the Indian Women Pilots Association, and also oversee the work to sign a Memorandum of Understanding (MoU). The MoU would open “A new France chapter of IWPA (The Indian Women Pilots’ Association) and International Women Professionals in Aviation & Aerospace (IWPAA) to cooperate and work for more women in aviation and space.”

Christine’s 35-year-old career in aviation has been a dream come true. Taking a trip down memory lane, the 62-year-old recalls one image that was fixed in her mind since she was five. “My father was an employee of the Berlin Tegel airport and we lived nearby. When I saw the cockpit of a military aircraft, I felt at home; I also wanted to work in it so that I could travel. When I saw an aeroplane in my dreams, I realised I could become a pilot.”

Flying gliders during a summer camp as a 15-year-old and interacting with wannabe airline pilots from French National Aviation School at the camp further boosted her love for flying. “The students looked so happy. ”

After a three-year study at airline pilot school in 1978, her first job was as a flight instructor for towing gliders followed by a three-year stint with business jets at Le Bourget airport in France and 35 years with Air France. Calling herself lucky to have witnessed major changes in the aviation sector during her time, she says, “I have had an exciting career in Air France being part of many changes in techniques and technology. The aircraft flight control system evolved from traditional hydraulic controls to electric; the engines became bigger, faster and more fuel-efficient than earlier; computers played a big part.”

From flying cargo and commercial passenger flights across the world to travelling to Cairo, Alaska and Uzbekistan, her journey is filled with wonderful experiences. “I could fish salmon in Alaska, meet Russian astronauts In Uzbekistan and interact with archaeologists in Alexandria near Cairo who took me around the lighthouse; I used to fly cargo flights for them and we have developed a nice friendship. ”

With more than 20,000 hours of flying, her proud moments have been entering the National school of Civil Aviation (ENAC), becoming a captain on B737 when she was pregnant and retiring as captain of Airbus A380. “Once we had severe damage on an engine in Alger with a B727, jettisoned fuel and had to return to the airport with two engines instead of three. With sick passengers on board, we had to divert the flight in Santa Maria islands.”

The best thing about flying, she says, is the sky. “The sky is never the same and always gives a different experience. The landscapes are so beautiful from the sky and when you take off, you forget your problems and are on your own.”

She has also built a new SE Aviation aircraft – MCR4S with a Rotax 915IS engine (which took two years to build) She is currently working as a flight instructor at Aero, her flying club in Paris.

Encouraging more girls to take to flying , she advises, “Focus on science at school, try to fly gliders/small aeroplanes to see if you like flying. Explore different options to become an airline pilot and be motivated, have the tenacity and be organised so that people respect you. It is okay to be a pilot and mother too as you can stay at home on off days. Children are happy only if the mother is happy, so let your dreams soar.” Péro’s garden of life in Kochi 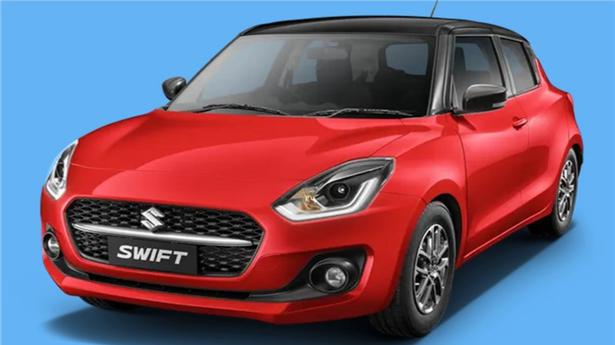