The manufacturing hub of Guangzhou closed itself to most arrivals Monday as China battles a major COVID-19 surge in its big eastern cities.

Shanghai has taken the brunt of the surge, with another 26,087 cases announced on Monday, only 914 of which showed symptoms. The city of 26 million is under a tight lockdown, with many residents confined to their homes for up to three weeks.

No such lockdown has yet been announced for Guangzhou, a metropolis of 18 million northwest of Hong Kong that is home to many top companies and China’s busiest airport. Just 27 cases were reported in the city on Monday.

However, primary and middle schools have been switched to online after an initial 23 local infections were detected last week. An exhibition center was being converted into a makeshift hospital after authorities said earlier they would begin citywide mass testing.

Only citizens with a “definite need” to leave Guangzhou can do so, and only if they test negative for the virus within 48 hours of departure, city spokesperson Chen Bin said in a social media announcement.

China has stuck to its “zero-COVID” strategy of handling outbreaks with strict isolation and mass testing, despite complaints in Shanghai over shortages of food and medical services.

Foreign Ministry spokesperson Zhao Lijian on Sunday said China had “lodged solemn representations with the U.S.” after the State Department advised Americans to reconsider traveling to China due to “arbitrary enforcement” of local laws and COVID-19 restrictions, particularly in Hong Kong, Jilin province and Shanghai. U.S. officials cited a risk of “parents and children being separated.”

Despite the large number of cases, no new deaths have been reported in the Shanghai wave, possibly because the omicron variant is less deadly than older variants.

City authorities also say they have secured daily supplies for residents, following complaints about deliveries of food and other necessities.

Residents have resorted to group buying of groceries because they are not allowed to leave their buildings, with only partial success in obtaining needed items.

The capital Beijing has seen relatively few restrictions, although the Erjiefang neighborhood including the famed 798 art district has been cordoned off and classified as high risk after eight infections were reported there over the past two weeks.

China is facing one of its worst local outbreaks since the pandemic began. China is still mostly closed to international travel, even as most of the world has sought ways to live with the virus. 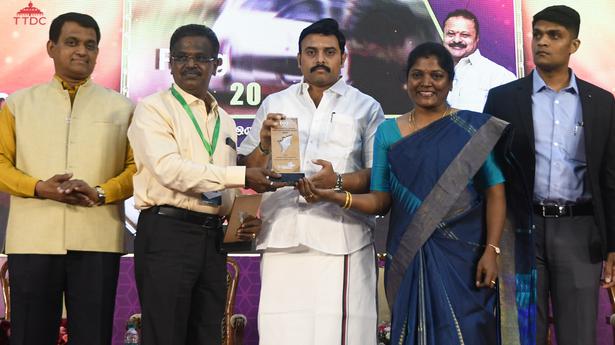