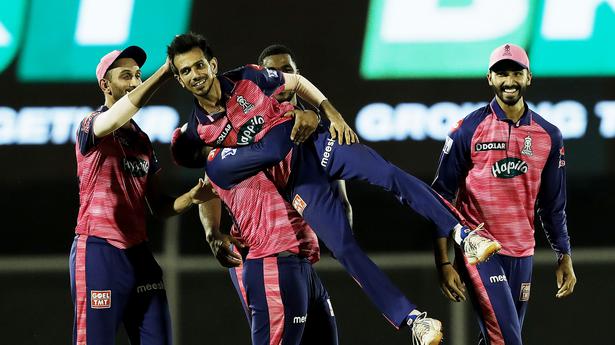 Fourteen years to the day since the first IPL match was played in 2008, Jos Buttler, Yuzvendra Chahal and Shreyas Iyer marked the occasion with top-class performances as Rajasthan Royals prevailed over Kolkata Knight Riders by seven runs at the Brabourne Stadium on Monday.

Knight Riders was in complete control at 178 for four after 16 overs. But the wily Chahal scalped four wickets, including a hat-trick, to reduce the two-time champion to 180 for eight.

Off the first delivery, Venkatesh Iyer was stumped by a googly before Shreyas was trapped leg-before off the fourth ball. Shivam Mavi was caught at long-on and Pat Cummins edged a leg-break to wicketkeeper Sanju Samson to give Chahal his hat-trick.

Umesh Yadav kept the Kolkata side in the game, smashing 20 runs off Trent Boult in the 18th over. With 18 to get off the last two over, Prasidh Krishna and debutant Obed McCoy held their nerve. Sheldon Jackson and Umesh were dismissed by McCoy in the last over as Royals successfully defended a score for the fourth time this season.

Until Shreyas was in the middle, it had seemed like it was Knight Riders’ match. The skipper often targetted the short side of the boundary by moving across and hitting through the off-side; he was unafraid to take on Chahal and Ashwin, and looked determined to take his side home before Chahal produced a magical spell.

Earlier, Buttler began by hitting Umesh down the ground for a four and a six in the third over. He then went after Varun Chakaravarthy, striking the spinner for a six and a four through the off-side, both off the back foot.

Buttler targeted the straight boundaries as much as possible and avoided going across to hit the pacers, something that has often got him into trouble.

On a batting beauty with little or no assistance to the bowlers, even a small margin of error in length was enough for Buttler to make the most of.

The Englishman reached his second century of IPL-15, slamming a juicy full toss from Cummins over long-on. It would have been a pity if Buttler had not finished on the winning side. Chahal ensured he and Royals did. 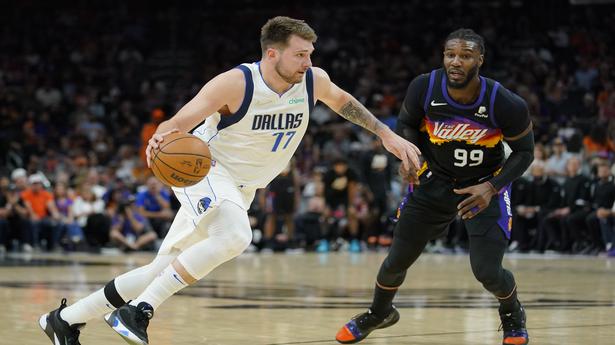 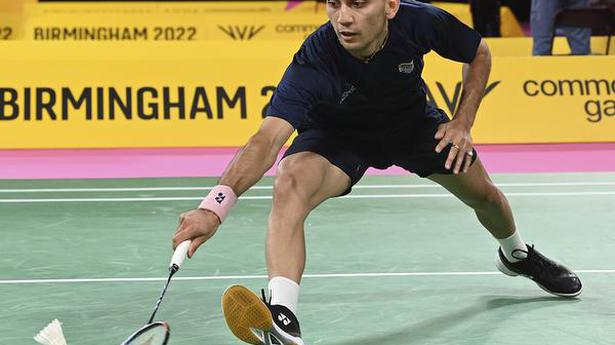 Lakshya Sen: Acing yet another test, belying age and experience 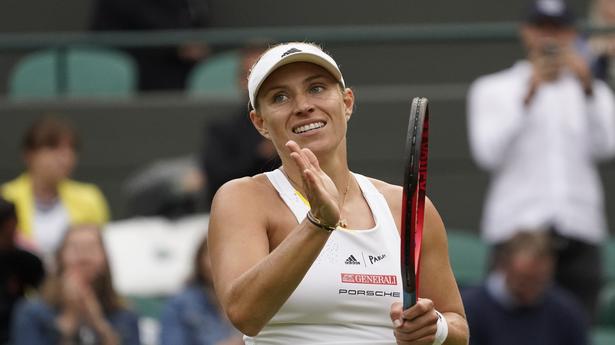