Visually impaired Mohammed Shabeer climbed a higher pedestal of recognition on Friday when he delivered the first Juma Khutba (Friday sermon) of this Ramzan at Madin Grand Masjid here. Madin officials said that Mr. Shabeer was the first visually challenged man to ascend a minbar (pulpit) in a juma mosque in this part of the State.

Mr. Shabeer, a hafiz or someone who knows the Quran byheart, was already popular among the Madin Academy students. He had won accolades in an international Quran recital competition held in Dubai.

A large gathering of people witnessed Mr. Shabeer deliver the two Khutbas in his appealing voice. He exhorted his audience to make the best out of Ramzan, the month of spiritual cleansing, by fasting and engaging in prayers and humanitarian activities.

Mr. Shabeer was corralled by many people in excitement after the Juma prayers. He shared his joy on having been given an opportunity to ascend the pulpit. “I am immensely thankful to the Madin Academy, particularly its chairman Syed Ibrahim Khaleel Bhukhari, for encouraging me to take up this challenge,” he said.

Kerala Federation of the Blind Teachers Forum president Sudheer Kollam said that Mr. Shabeer did the differently abled proud by mounting the pulpit for Friday sermon. “Syed Ibrahim Bukhari has sent a big message to society by bringing a visually impaired man to the mainstream,” he said.

Mohammed Hazrat, chief executive officer of the Madin Able World, an institution for the differently abled, said that Mr. Shabeer cut a new path for people with various disabilities. “He has become an inspiration for many,” said Mr. Hazrat.

Several of Mr. Shabeer’s visually impaired friends too reached Madin Grand Mosque to witness the historic occasion. Excitement was palpable on their face as Mr. Shabeer spoke in Arabic from the pulpit.

Mr. Shabeer had his education from Madin Academy. After his SSLC, he learned the Quran by heart in 18 months with the help of Braille script. Hailing from Pothanur, near Edappal, Mr. Shabeer had won prizes in the SSF State literary festival held last year. 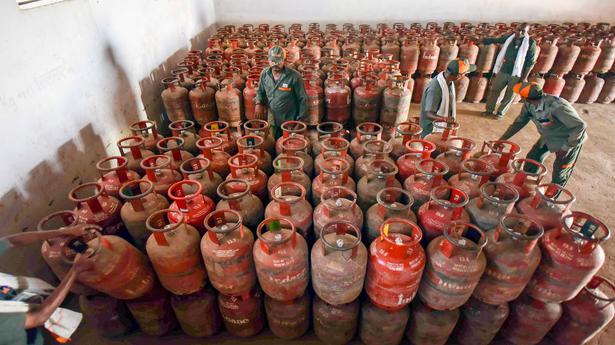