The AIADMK on Monday named point persons to oversee the election to the post of district secretaries to be held on April 21 (Thursday) and April 25 (Monday).

In a statement, O. Panneerselvam and Edappadi K Palaniswami, coordinator and co-coordinator, announced the names of the point persons for 37 district units of the party which would  go to polls on Thursday.

Meanwhile, the AMMK general secretary T.T.V. Dhinakaran stated that zonal-level review of the party’s functioning would be held during April 25-29, covering the areas such as Chennai, Thanjavur, Dharmapuri-Krishnagiri and Tirunelveli.

Answering reporters’ queries, Mr Dhinakaran denied media reports that he had been summoned again by the Enforcement Directorate for recording his statement on April 22. “They (ED) have conveyed to me that they would call me again. If I receive any communication, I will inform you.” To another query, he said he did not view the development as a case of political victimisation.

As for Chief Minister M.K. Stalin’s statement that he would call a meeting of all parties on the NEET issue, Mr Dhinakaran wanted the ruling party instead to take steps for getting a bill adopted by Parliament to secure exemption for Tamil Nadu. 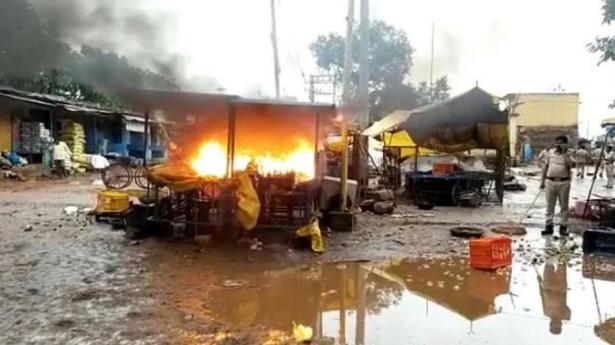