Aam Aadmi Party (AAP) on Tuesday said as per a report by a Supreme Court’s Monitoring Committee, the BJP-governed municipal corporations have collected only 5% of construction-related penalties due to them. The shortfall in the collection of dues, AAP said, was the reason behind the poor financial health of the three civic bodies.

“It is noted [in the report] that there are 14,000 properties from which penalties are to be collected, out of which the MCD only completed 2,300 collections amounting to Rs 730 crore,” said Durgesh Pathak, AAP in-charge of municipal corporations.

He said that if the penalties, for irregularities in building construction, from all 14,000 properties had been collected, the corporations would have been able to mop up Rs. 5,000-6,000 crore in revenues. But the money was not being collected, he alleged, due to corruption by BJP’s councillors.

The AAP leader said that the Monitoring Committee’s report held a mirror to the “misdeeds” of the BJP-governed municipal corporations over the past 15 years.

Mr. Pathak claimed that there are 8,486 properties under the South Delhi Municipal Corporation (SDMC) from which arrears amounting to Rs 1,200 crore had to be collected. However, he said, only Rs 70 crore was collected so far.

“Similar is the trend in all other areas where the MCD is collecting merely 5-10% of the arrears which is due to them. The rest of the money is squandered at the hands of the local councillors and bodies,” Mr. Pathak said.

He said that the BJP must take accountability for the findings of this report and explain where the money was being squandered.

Responding to the allegations, Delhi BJP spokesperson Praveen Shankar Kapoor said during the last few years, the Monitoring Committee has sealed thousands of properties alleging misuse and imposed hundreds of crores of rupees as penalties. He said that the committee has been pressurising corporations to recover the amount and demolish properties.

“MCDs have been sensitive towards traders and citizens forums and have resisted pressure tactics of Monitoring Committee members of taking coercive action for initiating recovery,” he said.

Mr. Kapoor said that the AAP will pay a heavy price in municipal elections for their statements favouring the Monitoring Committee’s recommendations. 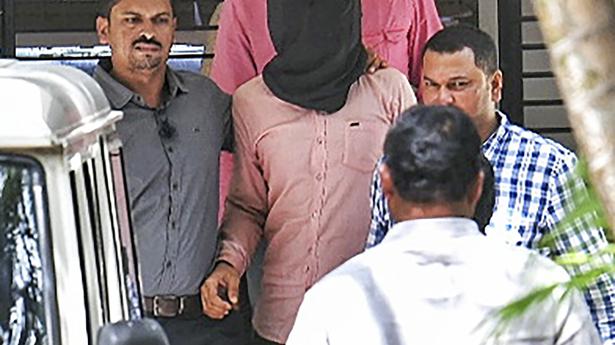