It tells the story of a planter and his horse that played out on the green hills of Peerumade taluk in the district during the early tea plantation period.

The fondness the owner had for his mount is revealed in the form of a tomb for the horse at the British cemetery close to the British church at Pallikunnu, near Kuttikanam. The church was constructed by British missionary Henry Baker Junior in 1869.

The white horse, named Downy, belonged to John Daniel Munro, who was instrumental in developing tea plantations in Munnar and Peerumade.

The tomb of Downy is situated close to the tomb of Munro who died in 1895. His tomb is among the tombs of 36 Europeans who were buried at the cemetery.

The Pallikunnu church has records of all the Britishers buried there. Some of the descendants of those buried in the church cemetery still come in search of their forefathers and collect the details kept in the register of the CSI (Church of South India) church close to the British church.

It was at a time when no motor vehicle or even a proper road was there in the High Range that Munro moved on on his favourite white horse. It was his wish that his pet animal be buried near his grave. As per his wish, the body of the horse was buried at the cemetery.

Though there are not many details available about the horse, it is believed that the horse was bought from Alappuzha or Thiruvananthapuram.

Writer Sunitha Srinivasan, who had widely researched on the plantation life in Peerumade, said that it was quite usual for the British planters to love their pet animals.

To escape from loneliness

“Due to communication gap and the Scottish system of hierarchy followed in the plantations, the British planters mostly kept aloof from the workers. It was to escape from the loneliness that they grew pet animals and such fond relationship developed between them. White horses were considered royal and a symbol of luck by them. Downy’s tomb is unique among other tombs in the cemetery. This may be the only tomb for a pet animal in a British cemetery. It stands as a symbol of love between an yesteryear planter and his pet horse.” 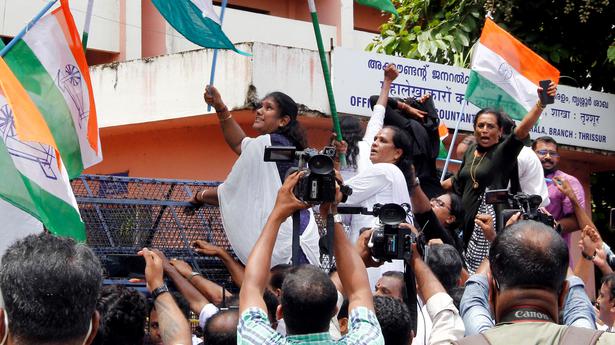