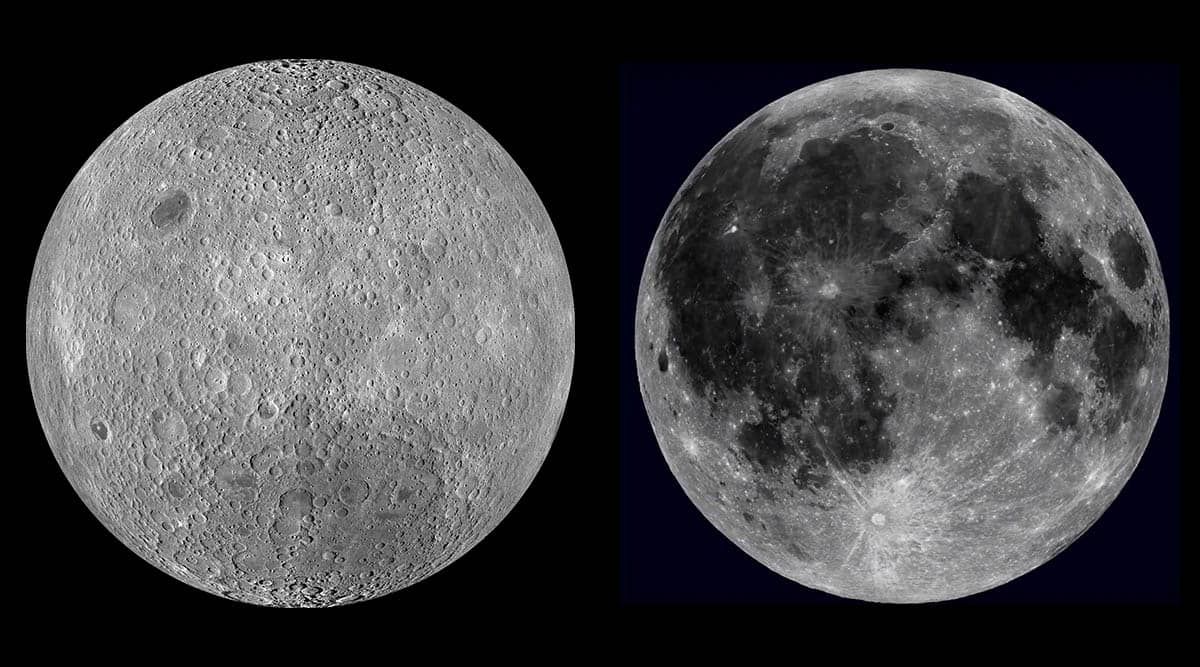 That other side of the moon, also called the dark side of the moon, has over 9000 craters formed due to many asteroid collisions. In sharp contrast, the near side of the moon is dominated by ‘lunar mares’, which are vast dark coloured remnants of ancient lava flows. These stretches of solid lava are visible with the naked eye as the dark patches on the moon.

These stretches of solidified lava are likely what covered up the many craters on the near side of the moon, giving it a relatively smoother visage compared to the moon’s ‘other face’. Astronomers have long hypothesised that these mares were caused by a massive collision. But until now, they were unable to explain why only the near side of the moon has these lava fields.

A new study, titled “A South Pole–Aitken impact origin of the lunar compositional asymmetry,” published in the journal Science Advances shows that the impact that formed the moon’s massive South Pole-Aitken (SPA) basin could be the reason. The SPA basin is a huge crater with a maximum width of about 2,500 kilometres and a maximum depth of 8.2 km. This makes it the largest pit in the mon and the second-largest confirmed impact crater in the solar system.

The new study shows that the impact that formed this crater would have created a massive plume of heat that propagated through the lunar interior. It is likely that this plume would have carried certain rare-Earth and heat-producing elements to the Moon’s nearside. This concentration of elements could have contributed to the lava fields on the near side.

“We know that big impacts like the one that formed SPA would create a lot of heat. The question is how that heat affects the Moon’s interior dynamics. What we show is that under any plausible conditions at the time that SPA formed, it ends up concentrating these heat-producing elements on the nearside. We expect that this contributed to the mantle melting that produced the lava flows we see on the surface,” Matt Jones, a PhD candidate at Brown University and the study’s lead author, said in a press statement.

For the study, Jones collaborated with his advisor Alexander Evans, an assistant professor at Brown, as well as researchers from Purdue University, Stanford Universit, the Lunar and Planetary Science Laboratory in Arizona and NASA’s Jet Propulsion Laboratory. Australian fish fossils get to the heart of vertebrate evolution